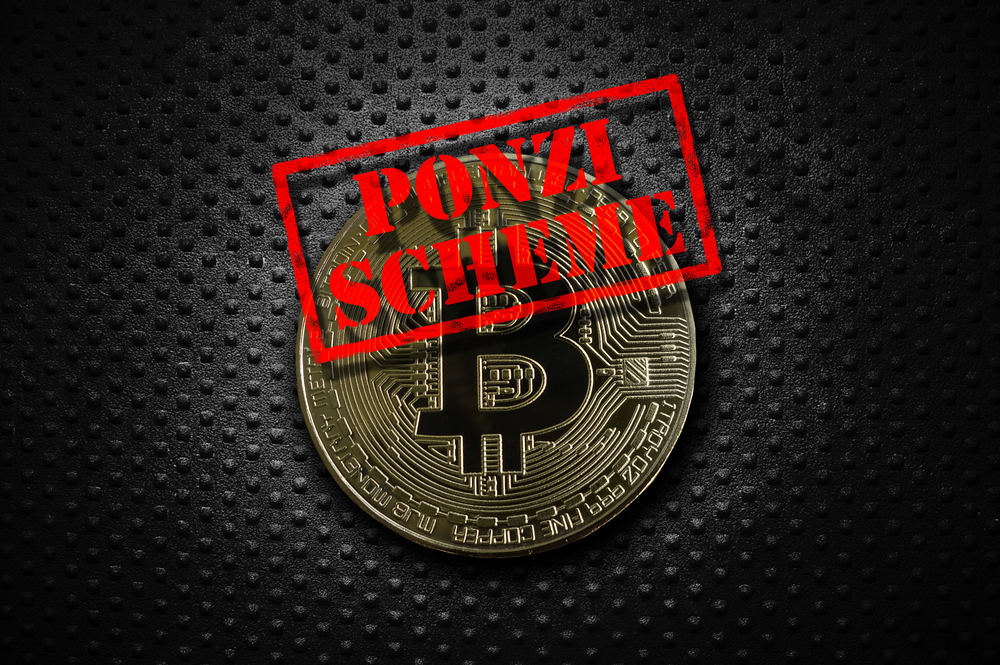 Another crypto Ponzi scheme gets busted which was enticing victims into crypto investment traps.

Approximately $16 Million had been collected by the scheme before it was busted in a joint effort executed by Albanian and Italian authorities.

The authorities had been after the masterminds behind the scheme for a while. Finally, they have managed to get their hands on the main players and are ready to bring them to justice.

Search and seizure operations were authorized in the two states at different locations. Local police and investigators were directed to seize assets found in the custody of perpetrators behind the schemes.

Albanian and Italian investors became targets of a new crypto Ponzi scheme which mainly executed their designs in the two countries.

Several complaints were lodged in which the victims told local police in their areas that they were contacted by fraudulent scheme’s agents.

They further revealed in the complaints that they were offered low-investment opportunities in digital currencies and promised huge returns.

When authorities became active, they identified that agents of the scheme were operating simultaneously in Albania and Italy.

Eventually, Eurojust was taken on board, which is a law enforcement agency authorized to investigate the entire European region.

Ultimately, with the cooperation of Eurojust, the scheme was busted and several of its agents were arrested. According to the authorities, they have successfully put a stop to the scheme.

The users will no longer have to worry about the scheme and being deprived of their funds from such players.

Eurojust executed full fledge search, arrest, and seizure operations and carried out raids in different parts of Albani and Italy.

European agency was also able to locate the fraudulent scheme’s call center which was situated in the capital of Albania i.e. Tirana.

In its raids, the European agency got hold of assets worth more than $3.2 Million, which included amongst others computers.

It has been told to the media that the scheme had victimized thousands of people and caused a loss of roughly $16 Million.

This is a huge amount given the number of fraudulent schemes that are currently ongoing in the industry.

In the press release, Eurojust pointed out that the scheme was targeting victims by making their calls and contacting them through the internet.

The authority further revealed that for communicating with victims, the criminal organization was using proxy servers and virtual landline numbers.

For trapping their victims, the criminals were trying to convince the victims for investing and opening an account on their fake websites.

Often the victims were contacted by so-called ‘brokers’ who also convinced victims to invest without any fear.

In order for giving an impression of genuineness, the scheme was also offering small monetary rewards at account sign-up and transfer. Thereafter, victims shared small profits against their meager investments.

So basically, they were paying lesser funds upfront in order for winning the trust and confidence of their victims, told Eurojust.

When a victim signed up with the scheme, the scheme’s agents asked the victim to download a particular software for using their online app.

However, it was the software controlled by criminals for fetching sensitive information from phones, especially banking app ids and passwords.

In case funds were stolen, another set of agents of the scheme contacted victims and offered paid help in the recovery of funds.

Hence, the scheme was executing fraud over fraud.

It is almost three years now that the European agency was after this criminal organization and pursuing an investigation against them.

Finally, perpetrators of the scheme were busted during raids carried out in a 3-day-long operation that commenced on 13th December 2022.